This was originally posted on https://www.essence.com/entertainment/only-essence/beyonces-black-is-king-criticism/ along with the image used.

I was 9 years old when I told my Burundian parents that my dream was to dance for Beyoncé, and you should have seen their shocked faces. I didn’t speak English back then, so it took moving to the U.S. at 17 and learning Bey’s native tongue to properly fall in love with her music. She has shaped my entire life and validated my Black existence in ways I could never fit into one article. I want to make sure you all understand that what I am about to say is not about Beyoncé as a person or necessarily her art. This is an ongoing conversation among decolonizing spaces and Pan-African theorists that no Black person has ever gained freedom by claiming to be king.

White supremacy has done a number on Black people with slavery and colonialism at the top, taking away the possibility for us to evolve on our own. It violently and intentionally robbed us of a past and left us unaware of who we were due to a continuous erasure of our beloved memories through the devaluation of oral and written history. It’s left us with imagined stories rooted in the white gaze.

There is a real danger in romanticizing pre-colonial Africa. The glorification of kingdoms before white men met us erases the reality that Africa wasn’t exactly a paradise. African kingdoms were rife with slavery, imperialism, women’s oppression and class oppression. Not everyone was a king or even a queen. More importantly, not every Black person in African countries had the potential of being born into a royal family or accessing its benefits. 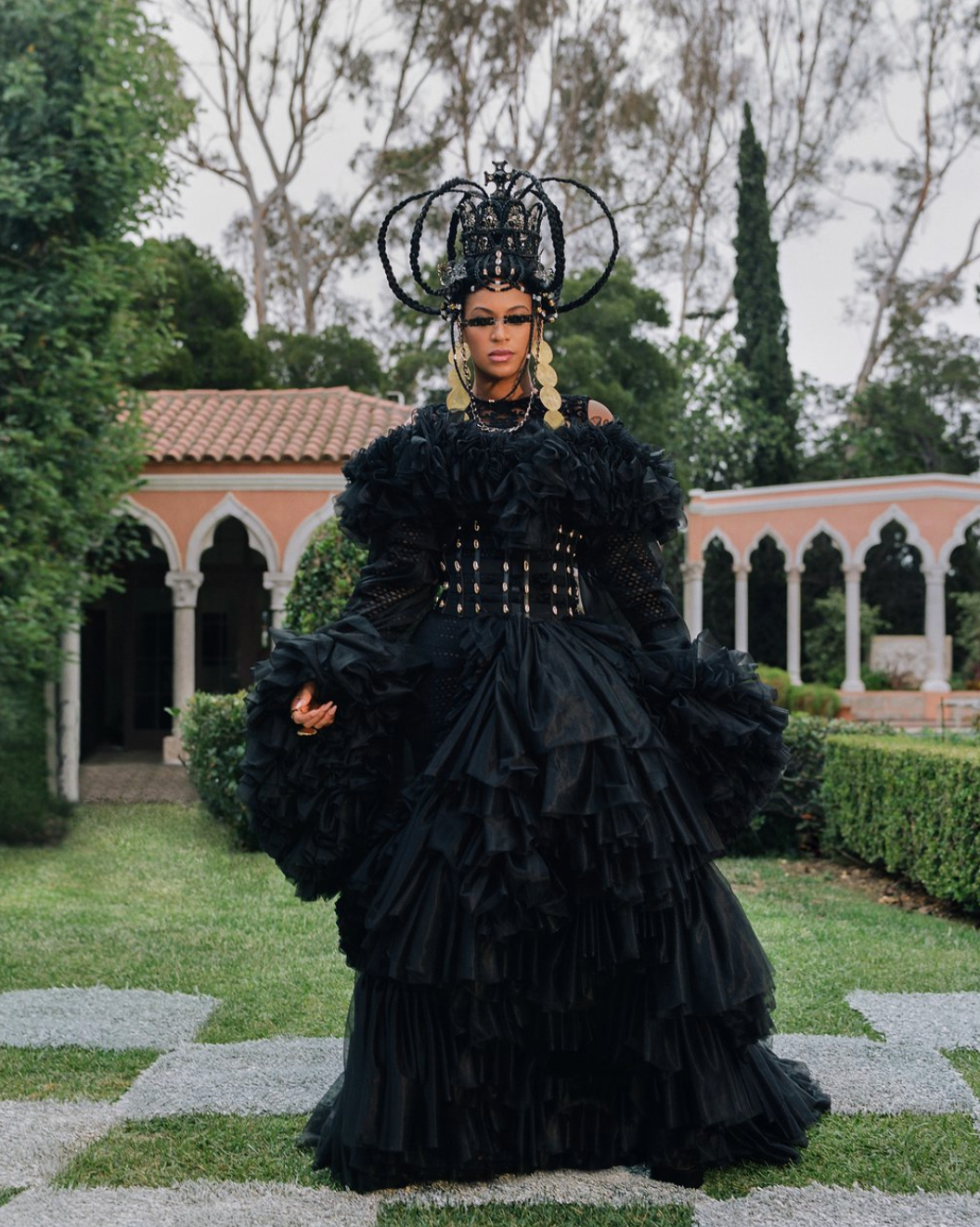 Beyonce in “Black Is King” on Disney+.

Our beloved Toni Morrison told us, “The very serious function of racism is distraction. It keeps you explaining, over and over again, your reason for being. Somebody says you have no language and you spend twenty years proving that you do.” This has been our struggle as Black people, living under the blinding effects of the white gaze, by continuously proving that we are worthy and even more harshly by participating in structures that uphold whiteness such as capitalism and imperialism, under the guise of Black power.

My queen Beyoncé is a powerful transcending artist with the power to instill in us liberating imaginations. As a woman African descent, whose ancestors survived generations of enslavement, she has the right to tap into her Africanness and find her connections to the continent and her belonging to the land. But when she willingly, through her art, participates in telling romanticized African royalty stories, rooted in glamorizing Africa, she indirectly dehumanizes our Africanness. She validates neo-colonialism, entrenched in negotiating and proving our humanity by pretending we’re superhuman. One could wonder are Africans humans with dignity if they are not kings and queens, draped in gold and diamonds? Are we saying our ancestors shouldn’t have been enslaved because they were kings and queens and not simply because they were humans?

Honoring our ancestors isn’t about creating false illusions of who they were or how they lived. Being dishonest to ourselves with these royal narratives, ingrained in the elite extravaganza of the continent won’t change the fact that the master’s tools will not dismantle the master’s house (shout out to Audre Lorde). Black capitalism, Black imperialism, Black monarchies were never our freedom. And they won’t be even if we add Black faces to these systems. They will still oppress the Black community since they are rooted in anti-Blackness. 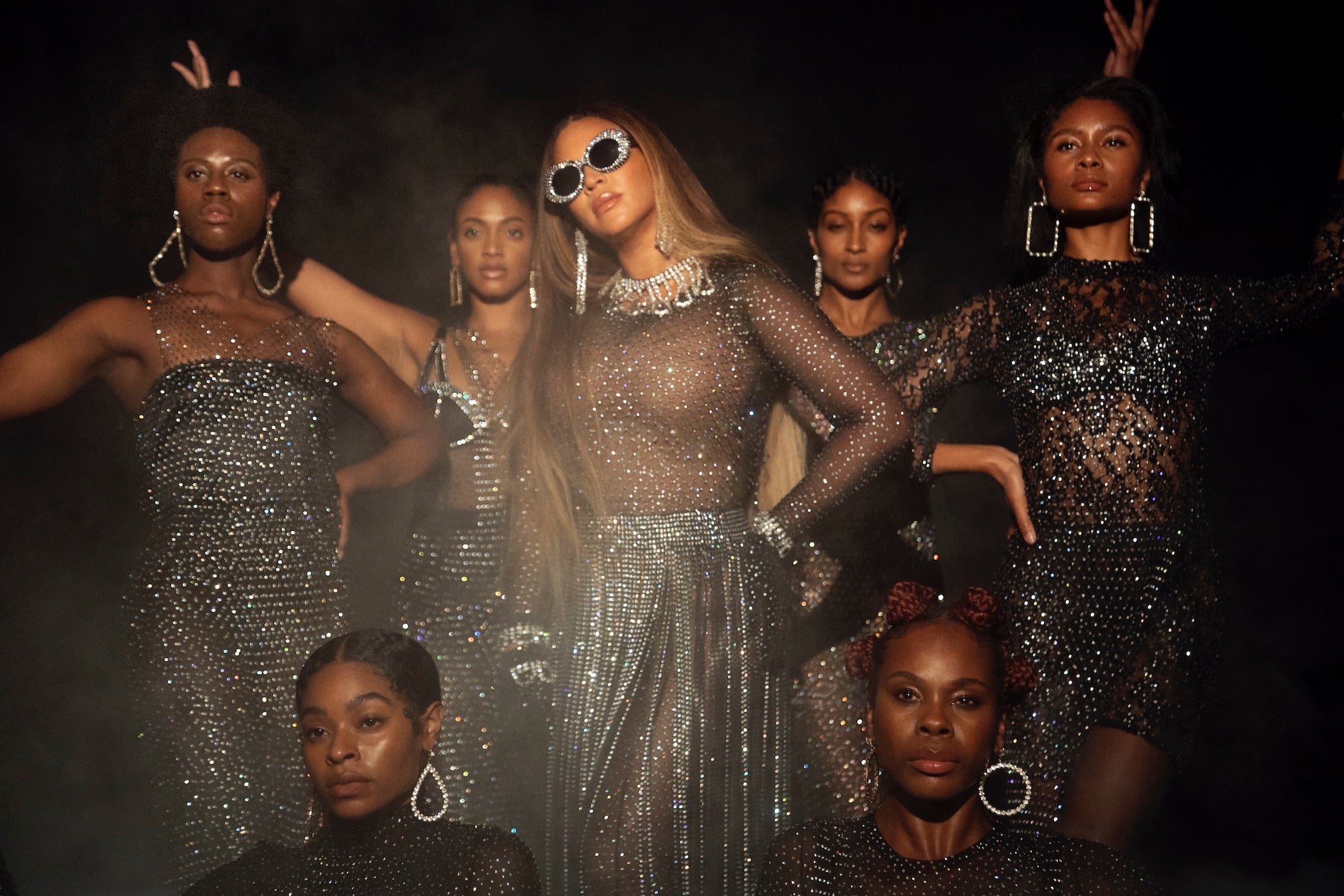 Beyoncé in “Find Your Way Back” from the visual album BLACK IS KING, on Disney+

The acclaimed Pan-African revolutionary Kwame Ture said, to paraphrase, Black struggle is a struggle for the land and the land for me is the belonging. It’s time our imaginations as Black people across the diaspora break free from the white gaze and the constant desire to defy it. Our energy should be used for imagining real Black futures where we don’t have to participate in capitalism and imperialism to be granted humanity. We should resist neo-colonialism by choosing to tell decolonized stories that tap into the full breadth of who we are as human beings — as pure or dirty, as holy or evil.

To Beyoncé, whom I love so much, thank you. The film was rich, beautiful and entertaining, but I expected more. I hoped that you would’ve engaged Africa and Blackness not rooted in a capitalistic stance. I hoped you would’ve let the world intothe everyday realities of Africans. Because while we woke up to a gift from Beyoncé, filled with rich imagery, we also woke up to the news of activists in Zimbabwe arrested for protesting against the government’s violence towards the people.

To end this, I would love for the Black diaspora, in their journey to relate to the continent, to be more aware of the power dynamics that exist on the continent. It’s my hope that in this heightened awareness, the diaspora doesn’t unwillingly participate in harmful systems that injure our motherland.

Beyoncé can better love Africa by creating decolonizing art that tells Black people that we don’t have to be associated with a monarchy to matter.

The post Why We Must Be Careful When Watching Beyoncé’s ‘Black Is King’ appeared first on Essence.