This was originally posted on https://www.essence.com/news/usvi-attorney-general-epstein-estate/ along with the image used.

No man dead or alive is above the law, no matter how much money he has — or in this case, had. That’s the message Attorney General Denise N. George is sending to Jefferey Epstein’s estate.

The top law enforcement official in the U.S. Virgin Islands announced at a press conference on Wednesday that her office was bringing a suit against the estate of a man who she says trafficked young women in the predominantly-Black U.S. territory, as recently as 2018.

“The complaint speaks for itself and lays out allegations of a pattern and practice of human trafficking, sexual abuse and forced labor of young women and female children as young as 13 years old,” George told reporters at a news conference.

The native Virgin Islander also alleges that Little Saint James and Great Saint James, the homes Epstein used to sexually exploit young women, were constructed in violation of environmental laws and exhibit a pattern of behavior that show Epstein believed the rules did not apply to him. 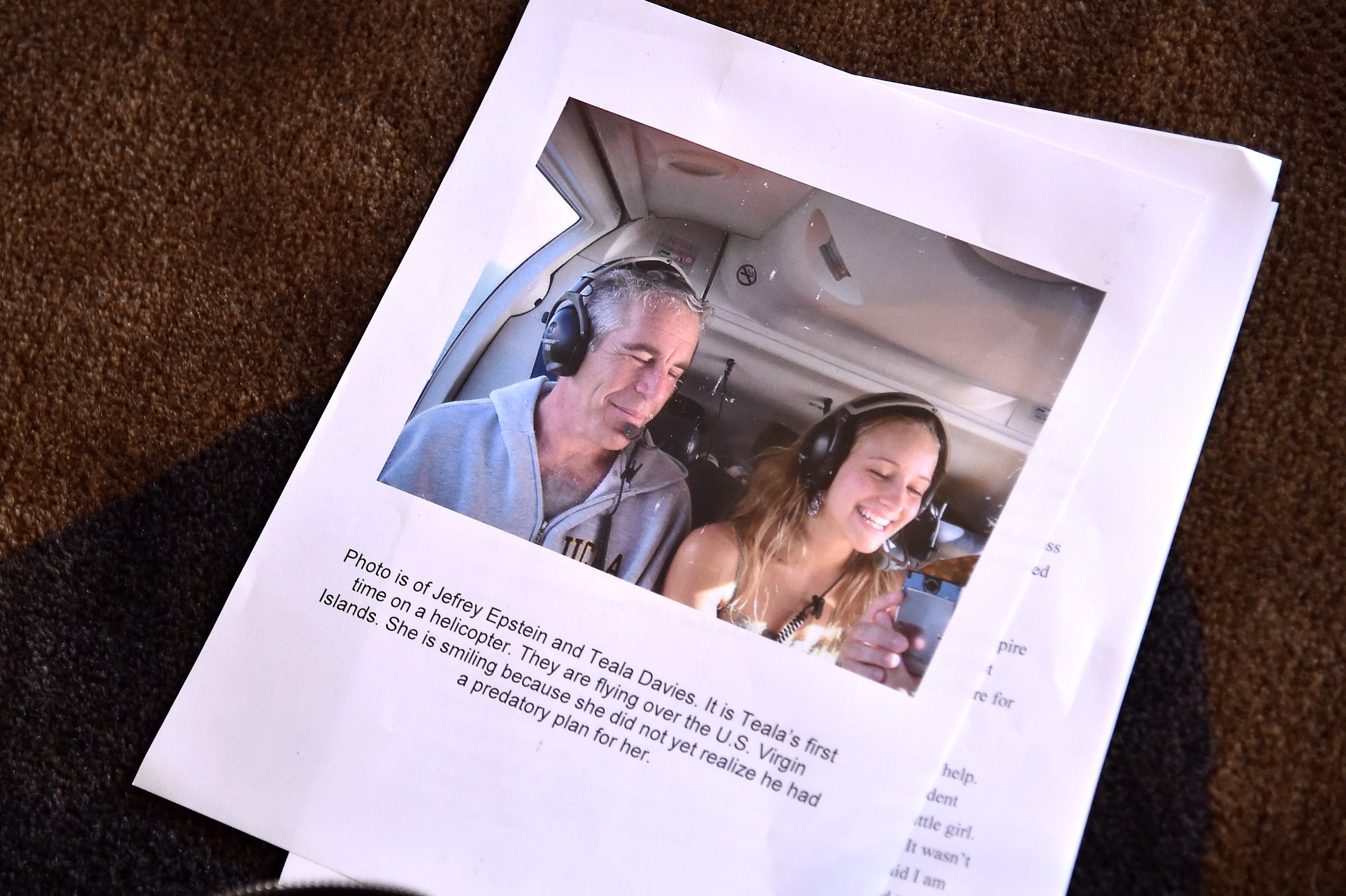 NEW YORK, NEW YORK – NOVEMBER 21: A photo of Jeffrey Epstein and Teala Davies circulates during a press conference at Lotte New York Palace on November 21, 2019 in New York City. Epstein’s estate is now being sued for his indiscretions. (Photo by Steven Ferdman/Getty Images)

Epstein, who had ties to Donald J. Trump, The Royals, and other high-profile businessmen throughout the world, was arrested last year on federal charges in connection with a sex trafficking ring in New York and Florida. While imprisoned, he allegedly committed suicide.