This was originally posted on https://www.essence.com/entertainment/teenage-filmmaker-leans-on-michelle-obamas-words-to-tell-the-power-of-hope/ along with the image used.

Inspiring young people has been a mission for our forever FLOTUS Michelle Obama and her efforts are not in vain. LA-area filmmaker Kalia Love Jones has not only heard Mrs. Obama but is amplifying her message of empowerment especially for young women through her moving, animated short film The Power of Hope now screening in the LA Shorts International Film Festival.

The film, available on YouTube until the end of October, follows the story of a young woman struggling to achieve her career goals as she grapples with illness and death in her family. All the while, the words of Michelle Obama keeps her going. If that were not inspiring enough, Jones, the middle child of three conceived the film at age 12, filming it just last year at age 13. She turned 14 over the summer. 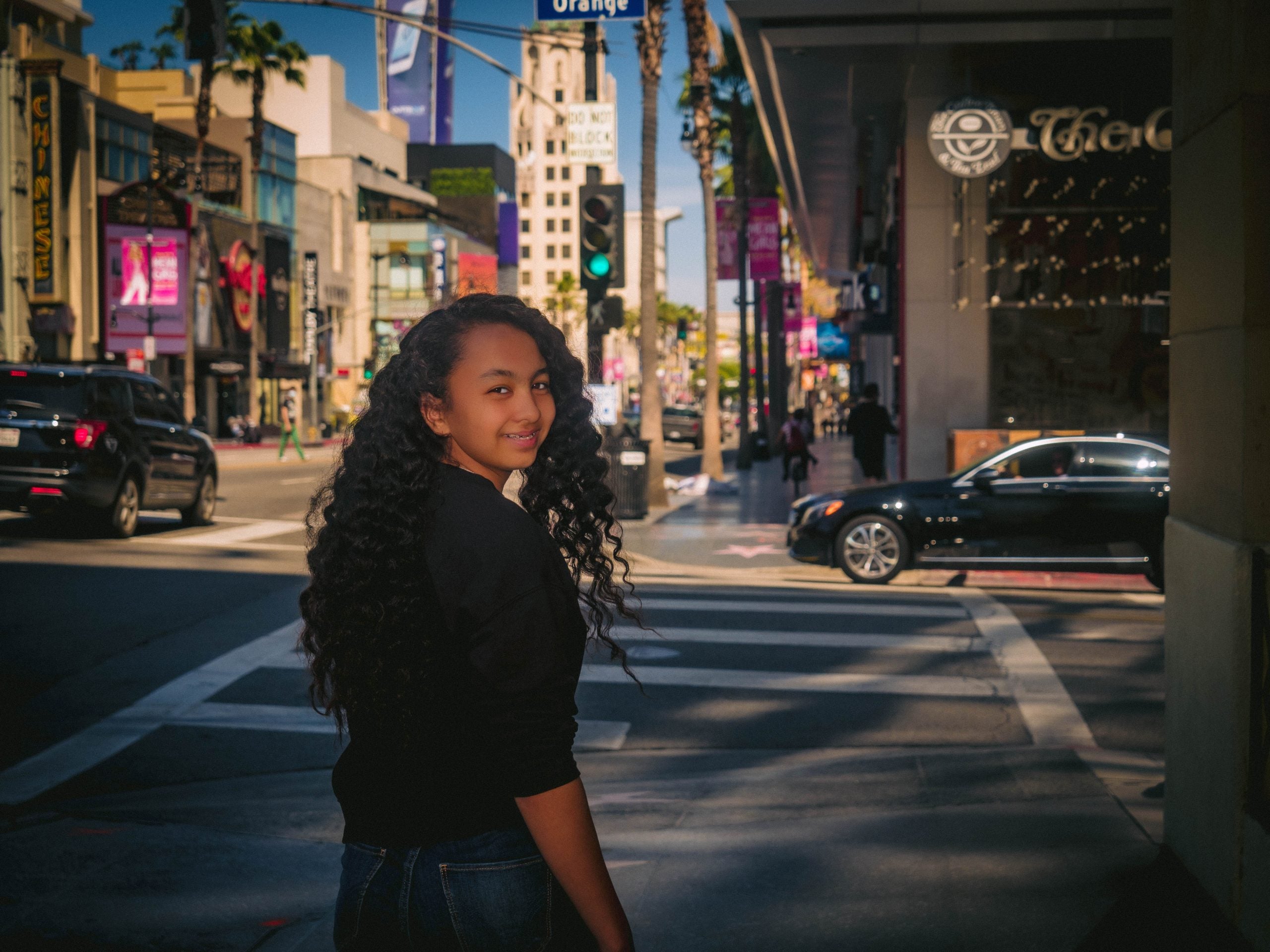 Kalia Jones, director of the animated short film The Power of Hope. It premiered at the Urbanworld Film Festival last month. The film, inspired by Michelle Obama, is showing now on YouTube, through the LA Shorts International Film Festival.

“I always wanted to be an animator and I noticed the lack of women working on film, the lack of diversity. I think it’s important to tell our own stories,” Jones said, explaining her personal motivation via phone following the film’s world premiere at the Urbanworld Film Festival last month.

Watching cartoons sparked Jones’ love for animated films, prompting her to even draw to replicate what she saw as well as dream some dreams of her own. When she shared her desire to make animated films with her parents, they encouraged her but also insisted she save her own money to make them. Recycling, which she discovered accidentally, was her primary means.

“I think I was doing community service and I was helping the custodian, picking up trash, and I noticed that he was putting trash, cans and bottles, in two different bags. And I was like, ‘why are we doing that?’ And he told me that I could make money from recycling. And that was when I started. It was a while ago,” she shared. “I used money I saved from recycling over the years and birthdays and holidays to fund the film.” 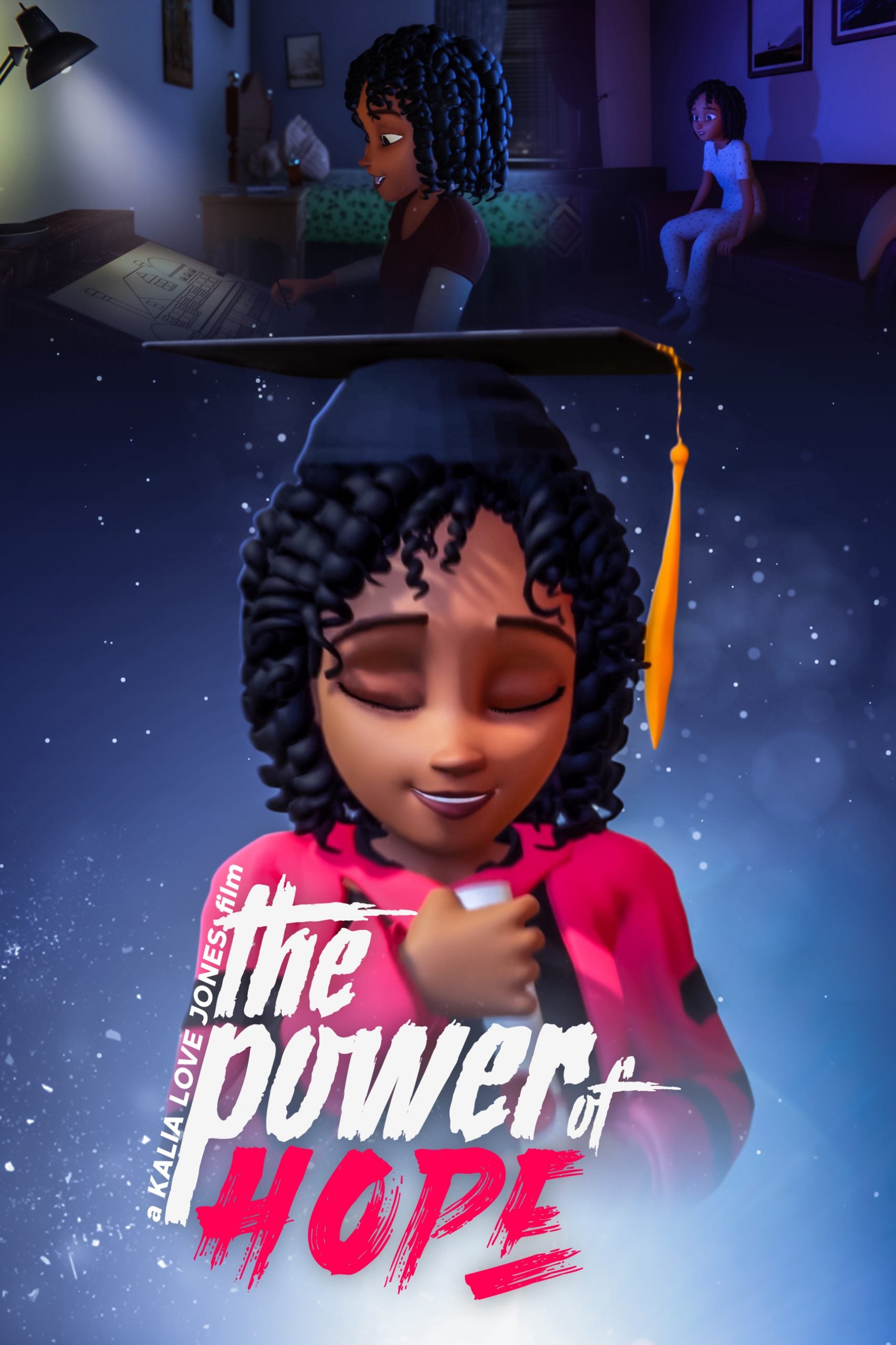 The Power of Hope, an animated short film, is directed by 14-year-old Kalia Jones

Jones shared that she “wanted to tell a story that would be inspiring to every girl just like me.” That story turned out to be one showing “a girl overcoming struggles because we all go through hardship and, if you believe in yourself, you can.”

Cultivating and nurturing that belief in one’s self led Jones to Michelle Obama. “She’s always been an inspiration to me. She’s a strong Black woman. She’s very well-spoken and confident and she just has a really big effect on so many people,” Jones explained.

That impact is why she chose to anchor her film in Obama’s words. “I came across it online,” she said of the title, as well as words heard in the film. “I found the speech and it was so powerful. I just loved the message being sent and I wanted to use it in this film.”

To bring The Power of Hope alive, Jones’ father, Gerald, who serves as one of the film’s producers, helped her gather the crew, including animators. “Once we got very comfortable [with each other], it just came,” she said of her chemistry with the crew in making the film. “It was more relaxed after that and it was fun working with them.”

As if writing and directing the film were not enough, Jones also helped pen the film’s inspirational Lizzo-esque rap song sharing the film’s name. “We’ve got that power” goes the chorus of the song, which includes such lyrics as “Next up/Take a look in the mirror/Motivate yourself/Girl you know you ain’t a quitter.” And even better, as the song and credits play, Jones shouts out the many women who, in addition to Michelle Obama, inspire her. Ava DuVernay, Oprah Winfrey, Alexandria Ocasio-Cortez, Ilhan Omar, Chrissy Teigen and more, including her mother Gail Jones, who is a nurse, and family friend Joanna Hayes are among them.

With The Power of Hope making the festival rounds, Jones hasn’t had time to think of her next film. Right now, she’s pleased with how her first one has turned out.“I just really wanted to be able to send out a message,” she said of the film, “and I wanted to do that with my passion.”

The post Teenage Filmmaker Leans On Michelle Obama’s Words To Tell ‘The Power of Hope’ appeared first on Essence.