This was originally posted on https://www.essence.com/news/politics/blacks-disapprove-trump-job-performance/ along with the image used.

In less than 10 months, Americans will decide if they want to endure four more years of Donald J. Trump or elect a Democratic nominee to take his place. On Election Day, Black voters are likely to choose option B as a new Washington Post-Ipsos poll found that 9 out of 10 polled disapprove of his job performance.

Even before taking office, Trump touted his ties to the Black community and suggested that he would be a champion for Black America, but the poll reveals that the majority of Black Americans believe that a Trump presidency has made their lives worse. Fifty-eight percent say that what the former reality star is doing for the community is “very bad.” That’s in comparison to a mere 2 percent who said that what Barack Obama did was “very bad” for African Americans. The majority polled — 73 — percent said that what the former president did for the community was either “very good” or “somewhat good.”

The poll also questioned Black voters about racism in America. For that query, more than 8 in 10 Black Americans say they believe Trump is a racist and that he has made racism a bigger problem in the country. Beyond that, nearly two-thirds say it’s a bad time to be a Black person in America and are fearful for their children’s future in a country that openly expresses racist views, especially within their criminal justice system. 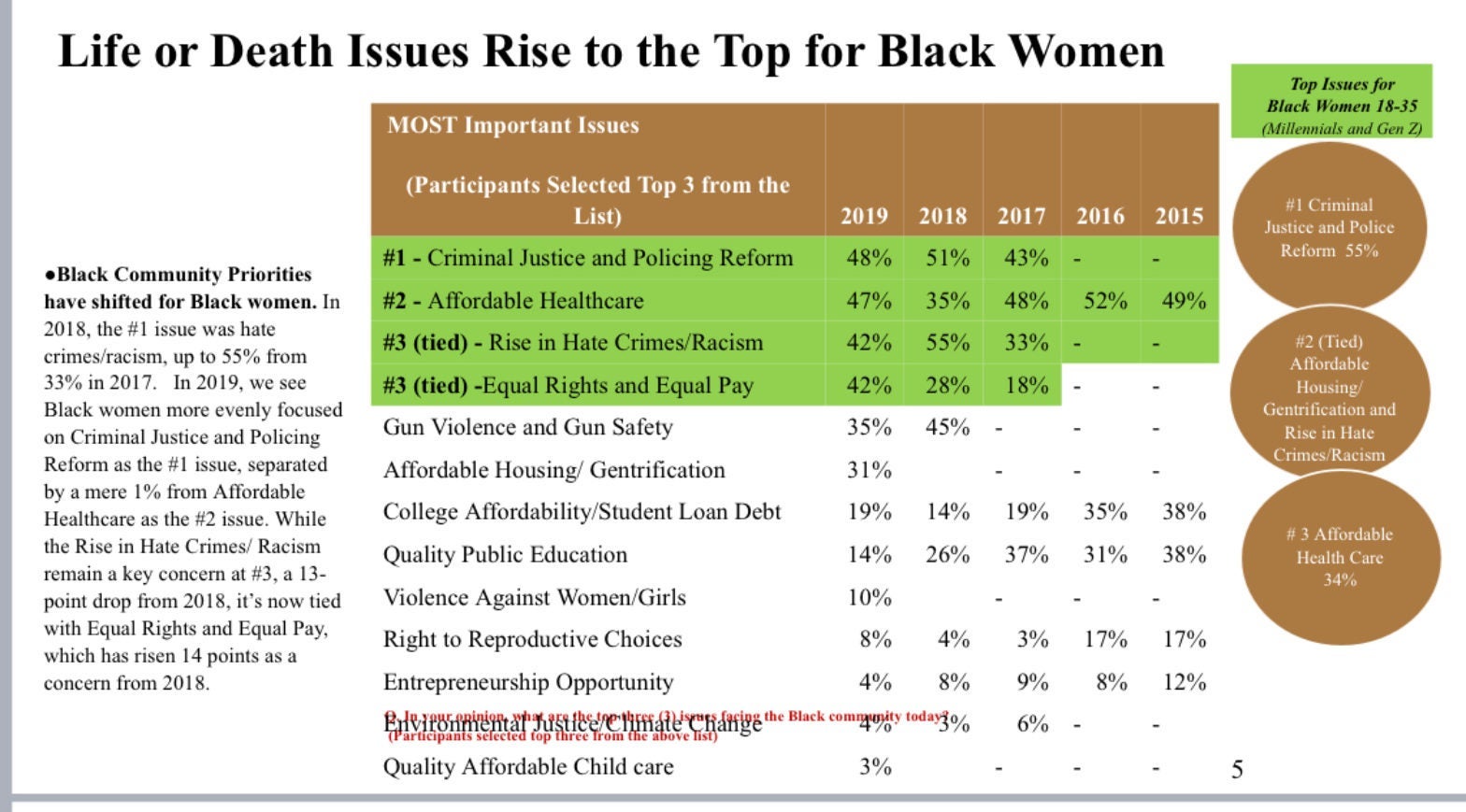 In an ESSENCE x BWR poll of Black women, the vast majority disapproved of Trump’s job performance and expressed concerns over reform within the justice system.

In an ESSENCE x BWR poll released in September, Black women felt similarly about the man occupying the oval office. At the time, 83 percent said that the GOP leader deserved an ‘F’ for his job as president. They also expressed concern over the racism that runs rampant within our justice system. In the ESSENCE x BWR poll, criminal justice and policing reform were the number one issue going into the 2020 election.