This was originally posted on https://www.essence.com/beauty/mikki-taylor-talks-obamas-beyonce/ along with the image used.

Mikki Taylor has lived a life that most of us can only dream. The wife, mother, and former model is best known for her work as ESSENCE’s Beauty and Covers Director, where she served Black women for decades. Now, as editor-at-large, her 40-year tenure makes her the longest running editor for the publication.

You can’t have that kind of legacy without racking up countless noteworthy experiences, and stories for the generations. She’s seen unimaginable things, she’s heard unforgettable things, and she’s pioneered the way we interact with our magazines.

So when Taylor stopped by ESSENCE’s The Color Files podcast to talk all things beauty, we couldn’t help but ask for the tea on some of her most notable memories. And she held nothing back, including sharing how a crib in her office was a normal thing after she came off of maternity leave.

“I just think you have to own every ounce of your life. It is a gift. And if you don’t unwrap it, you’ll never know what’s inside,” she explained. “I think about that with my babies; they came back to work with me. I had a crib in my office with my last two children. This was the sisterhood that ESSENCE provided. So the sisters helped. If I [was] in a conference meeting, they were holding my baby.”

With babies in tow, Taylor carried on business as usual. She was on the phone negotiating covers while nursing, typing with one hand, baby on the other, and working on the vision board for the next cover. And at the end of the day, she was going home on the train with her babies on her back.

Women today might balk at the idea of having their little ones at work with them (or dream of the possibility but know that it would be unheard of at their job), but there was an understanding that the work was so important, it had to be done by any means necessary. Serving Black women deeply also included serving the Black women who worked for the magazine just as deeply.

“I made up my mind years ago that I wasn’t going to give myself to anything that would take me away from my children that didn’t benefit the larger purpose. And so they never felt like they were getting the short end of things because they knew mommy was giving to something that had a larger purpose. And I took them on shoots and I took them on trips so that they could understand what mommy does is bigger than all of us. And it’s important,” she continued.

And if ever there was a question of the importance of that work, just take a look at ESSENCE’s September 2008 cover with the Obamas. That image of the first family before they officially became the first family was seen around the world. It served as an image of who Barack and Michelle Obama really were: parents full of love for their children and hope for our country, counter to the racist vitriol that had been poured into the zeitgeist during the election. 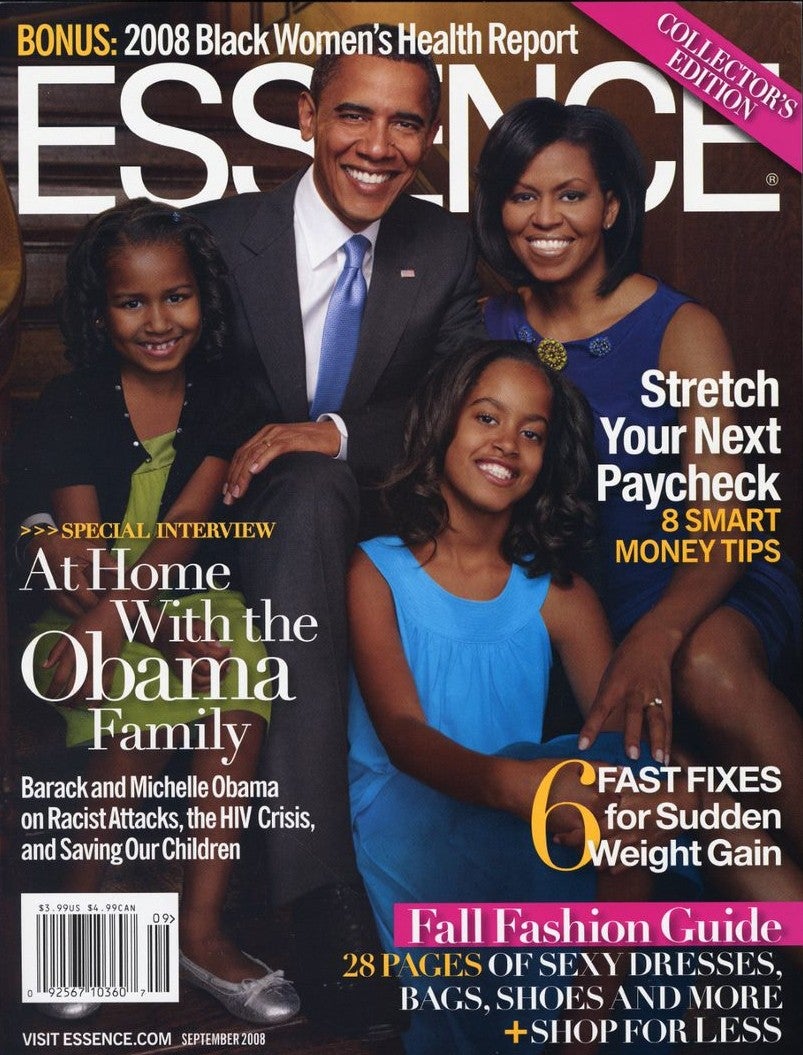 “It was the first, it was the shot that was seen around the world,” Taylor remembers. “And I’m sitting there talking to [Mrs. Obama] and the secret service are already in the house and the girls are running around. They were so unfazed at that time. And they continued that way. And they had just come back from the hairdresser. We’re talking, and I’m realizing, history is about to be made.”

“When we were shooting single shots of Mrs. Obama, [Barack] was standing on the porch talking about, ‘Isn’t she cute?’ It was just such an amazing moment. And Kwaku [Alston, the photographer] and I, we looked over at that landing. We actually shot them on the landing that leads from the second floor down to the living room,” she continued.

“And that’s how we got that positioning. But there were so many like that. We had to fly one time and shoot Beyoncé in Holland because she was performing there. We put her up on a fireplace, we shot the cover, she was dancing in the garden. Or we caught up with Toni Braxton at the MGM in Vegas and we said, ‘Oh this hotel has great chairs.’ And she’s leaning back in that chair looking like the queen herself.” 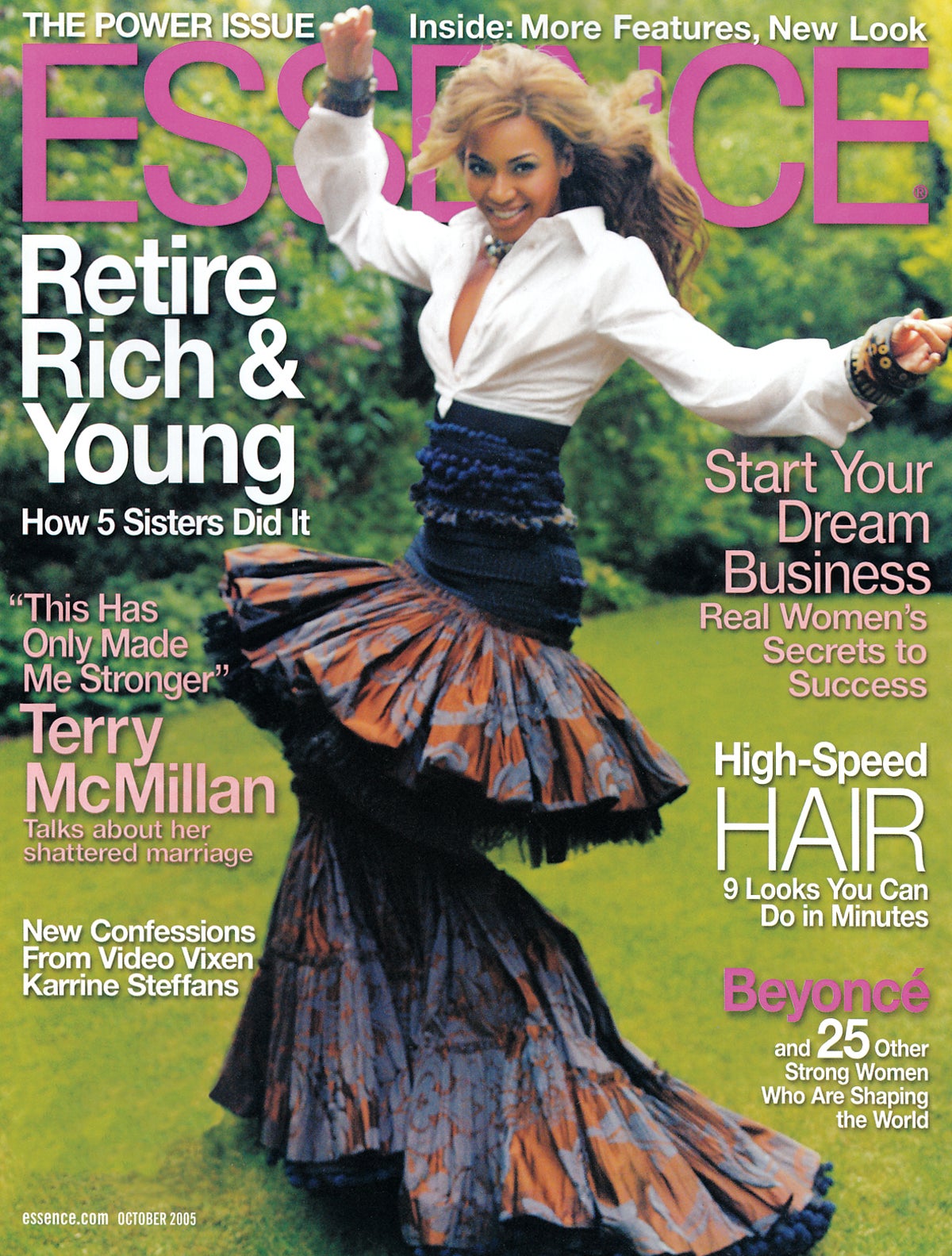 If it sounds like a dream come true, that’s because it is. But even with stories about hanging out with the Obamas, shooting Halle Berry in the middle of a tarantula ridden desert, or knowing Queen Bey on a true first name basis, Taylor is humble. Her passion has always been, and still is, to serve her sisters. And of course, in true Mikki Taylor fashion, her experiences left her with a word that she imparts on Black women every day.

“There can be no happiness in life if the things we do are different from the things we believe in,” she finished. “So you have to live in your beliefs. How you see yourself, how you celebrate that divine being that looks back at you in the mirror every day. No one else gets to define that but you.”

To hear more of Mikki Taylor’s impeccable stories, check out the latest episode of The Color Files!

The post Mikki Taylor Talks The Obamas, Beyoncé, And Having A Crib In Her Office appeared first on Essence.