This was originally posted on https://www.essence.com/beauty/la-sonya-gunter-talks-legendary-and-billy-porter-makeup/ along with the image used.

If you aren’t sure about whether you need to subscribe to the HBO Max streaming service, I have one word for you—Legendary. This show that highlights ballroom culture feels like Paris Is Burning meets America’s Best Dance Crew, equipped with fun shade throwing and tongue popping—and it’s addictive.

Eight houses compete in nine balls for a $100,000 cash prize. And while money and trophies are great incentives to win, it’s all about the glory and being able to say you’re the superior house.

If you’re unfamiliar with balls, the show is a great introduction to the fun and drama that they entail. Houses, which are chosen families (specifically of five on this show) walk the ball in a variety of categories in hopes of being crowned the best. Each house has a Mother—or as us insiders like to say, Muva—and her children who carry the house’s legacy with each challenge.

The energy and theatrics of the presentations will give you life, but the fashion, hair and makeup play a large part in whether or not you fall in love with the houses each week. That’s where La Sonya Gunter, head of makeup, and her team comes in. If ballroom tells a story, then the makeup is like punctuation—adding necessary detail that provides depth to the tale.

ESSENCE chatted with the ever so busy makeup artist to discuss her work on the show, how she keeps her cool when the drama heats up, and what it’s like to do makeup for rising legend Billy Porter.

Pray tell, how’d you get to be part of such a legendary project (no pun intended)?

I started in Broadway. I’ve done various projects for TV and film and I groom Billy Porter. And so I’m on the set of Pose for most of the season. Sometimes I’m in the trailer with him, sometimes helping for the ball scenes. So I’m familiar with the culture, just in terms of talking to the community, what we have to do when we’re shooting. Also I worked on Kinky Boots where there’s a lot of drama just in the storyline and the theatrics and everything. So I was just bound to go in this direction of more drama.

Do you collaborate on the beauty looks with the houses?

It’s always a collaboration with the house. But the thing about Legendary is it’s set up so that there are challenges such as voguing and a face category; all kinds of things. I would come up and talk to the houses and then from there I would create designs. Or sometimes they would have something very specific based within the theme. And then my team and I would have to create or come up with ideas within the concept of what the houses wanted and have them ready, because we have to do everything the day of the show. 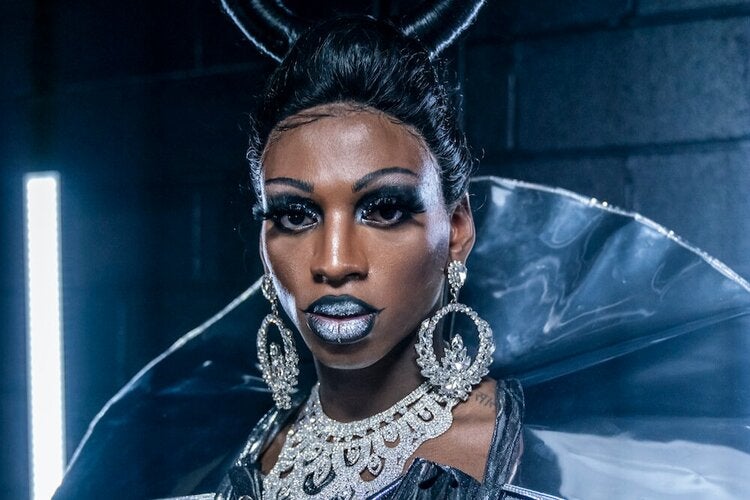 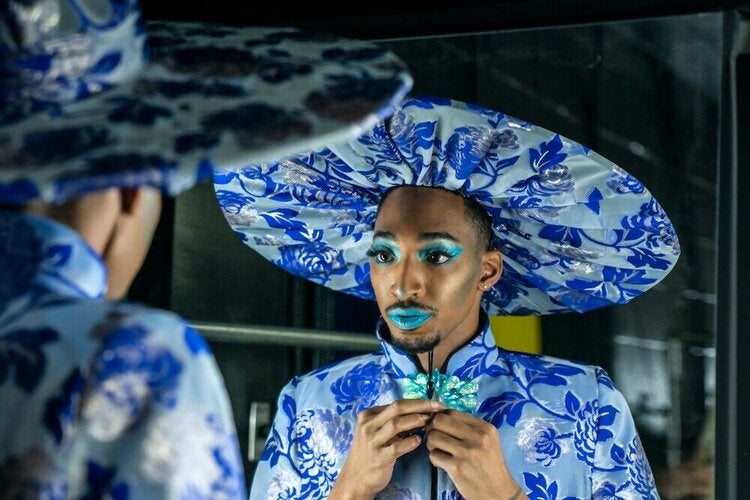 I imagine that working on Broadway prepares you for almost anything.

Every show, everything you do you have your bit of drama moments, you have moments that are intense because maybe it’s based on time. Legendary was kind of like working on a Broadway show, where everything is based around time. We had a couple of quick changes where I think the time wasn’t allotted for the girl to do a quick change, but it involved makeup. So she’s out of her clothes and I’m like, move out of my way. I know what to do. Grab the sponge, you on one leg, I’m on this leg, let’s get it done. I’m pretty seasoned. So I don’t panic.

And you work with one of the best on Broadway and now TV, Billy Porter!

He’s a lot of fun. I met him in 2012 when I started at Kinky Boots, and we have worked together ever since. And it was the most amazing thing to do the Met Gala with him because I know him and we were having a good time. If he is teasing you a little bit he likes you, and it’s warm. He is lovely to work with.

My first day [working with someone] I really kind of bounce off of whatever energy the client I’m working with is giving. So if the client is really quiet, I’ll talk a little bit and then I’m quiet because I just want to work and get it done. Because maybe that client needs to have that moment to prepare themselves for what they have to do, and I have to respect that. So I’m quiet and I’m in there doing my thing. And he was like, ‘You don’t talk?’ I was like, ‘I do, but I’m focused.’ And that was the joke the entire night. He’d joke, ‘she don’t talk because she’s focused.’ So it’s just like a family thing. He’s a pleasure.

And his makeup for the Met Gala was dope! He was ESSENCE’s main photo for the event.

I think that’s a great thing. I think the direction that we are going in terms of makeup is fantastic. I worked at MAC Cosmetics for, I can’t even tell you [how long]. And what drew me to them was that [they included] all sexes, all ages, all races. Men have always groomed themselves but now it’s at the forefront and people are discussing it. I grew up in the eighties as a teenager. And what was happening during the eighties? Men wore makeup! 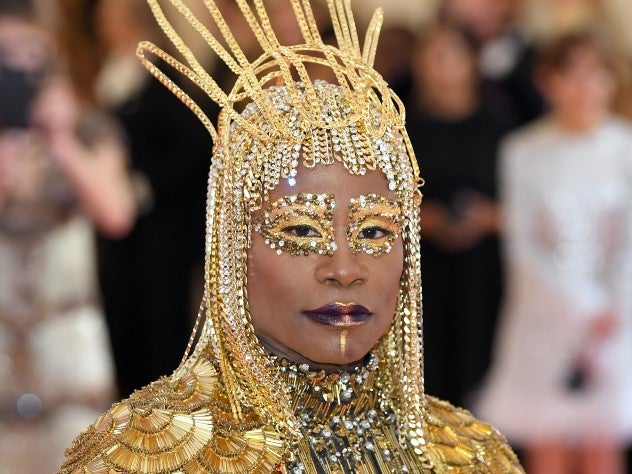 What are some of your go-to tools?

I airbrush [Billy] all the time and for me as the department head [at Legendary], TEMPTU was my go-to line because I knew with the themes it was going to involve body painting and I was going to have to stencil in brows. They have different colors and they have tattoo cover. The products were fantastic. TEMPTU made my job so much easier.

How do you feel being a Black woman heading the makeup department for a major network?

I do what I love and it was great because the houses were lovely. It was such a beautiful community. The energy was great. It was a lot of love and I am very grateful for the opportunity to have worked on the show.