This was originally posted on https://www.essence.com/cover-stories/billy-porter-racism/ along with the image used.

Billy Porter isn’t one to hold his tongue. And why would he? Because when the Emmy and Tony Award-winning actor speaks, he speaks for all of us.

It’s why he’s urging America to have the conversation, that conversation, about the violent way this country was created on the backs of Black and indigenous people. It’s the only way we’ll heal, Porter said in the July/August issue of ESSENCE magazine, on newsstands now. 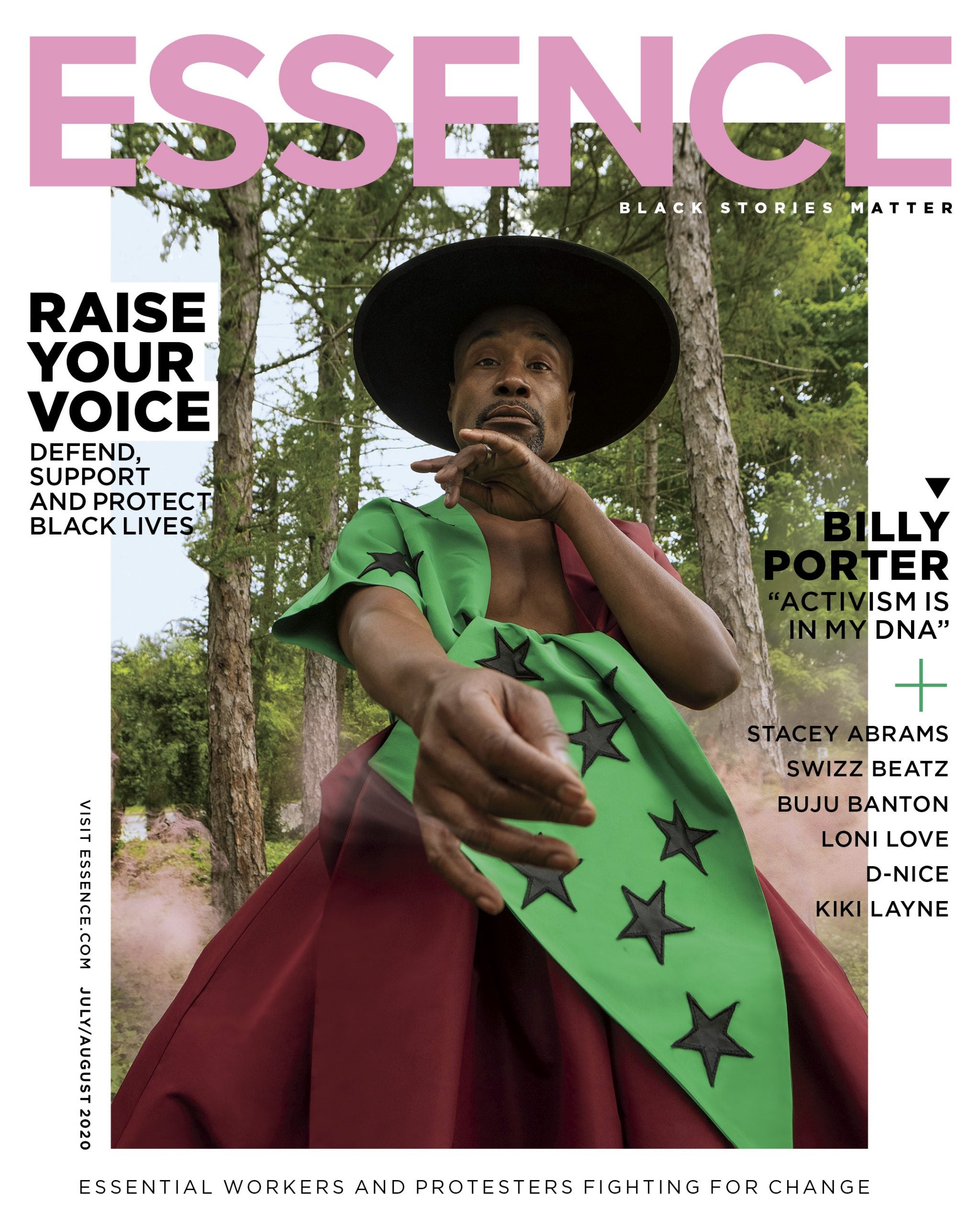 “White people are so afraid that we want vengeance that they can’t acknowledge the truth, but we don’t want vengeance,” Porter continued about Black America. “We want our rights. We want equality. We want to be treated like human beings. We want to know that we can walk out of our houses and not be under threat of death every single day simply because of the color of our skin.”

In this issue’s cover story, penned by Tre’vell Anderson, Porter also sheds lights on his decades-long journey through Hollywood and how the LGBTQ-plus community deserves better.

“Being first-generation post-civil rights and feeding directly into, as a gay man, the AIDS crisis, activism is in my DNA,” he said. “And while I don’t fancy myself an organizer, you tell me where to show up, I’m going to show up. I’m that kind of activist.”